You need the following items for your Victor Creel Halloween costume:

How To Dress Like Victor Creel From Stranger Things 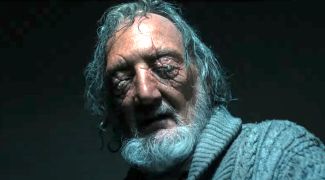 In 1959;
To dress like Victor Creel, you need a gray fedora, blue polo shirt, gray pants, a brown leather belt, shoes, and a gold watch with a brown strap.

In 1986, Victor Creel is in a mental hospital. If you want to dress like Victor in the hospital, you should get a green knit sweater, a gray shirt, and a white sweatshirt. 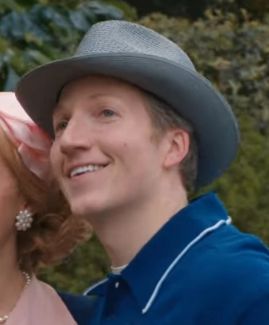 Victor Creel, portrayed by Robert Englund, is a patient who was incarcerated at Pennhurst Mental Hospital in 1986 for the gruesome murders of his family.

Victor has been described as "a disturbed and intimidating man who was incarcerated in a mental institution for a gruesome murder in the 1950s".

The Creel family was a family that bought a home in Hawkins, Indiana in 1959. During their stay, they witnessed strange and supernatural happenings in their home. This subsequently led to several homicides in the apartment. The house was then abandoned and stood empty for many years. Mr. Creel was committed to a mental institution for his apparent role in the murders. In the mid-1980s, the house was abandoned and boarded up.

Willow house:
The home was purchased in March 1959 by the Creel family, which consisted of father Victor Creel, his wife Virginia Creel, and two children, Alice Creel and Henry Creel. The Creels were a typical nuclear family and their home seemed normal. But the family soon fell victim to strange supernatural elements in their home, as the electricity flickered eerily and dead, mutilated animals appeared in their yard. An unexplained incident led to Victor snapping at a family dinner one night and murdering his family in cold blood, although the newspaper claims the murder was linked to a "vengeful demon". Victor was taken to the psychiatric ward at Pennhurst Mental Hospital in Kerley County.

1986
In the spring of 1986, Robin Buckley, Steve Harrington, Dustin Henderson, Max Mayfield, Lucas Sinclair, and Nancy Wheeler broke into the abandoned home with a rock to smash the stained glass window on the front door. Upon examining the interior, the house's evil presence persisted through the electricity.