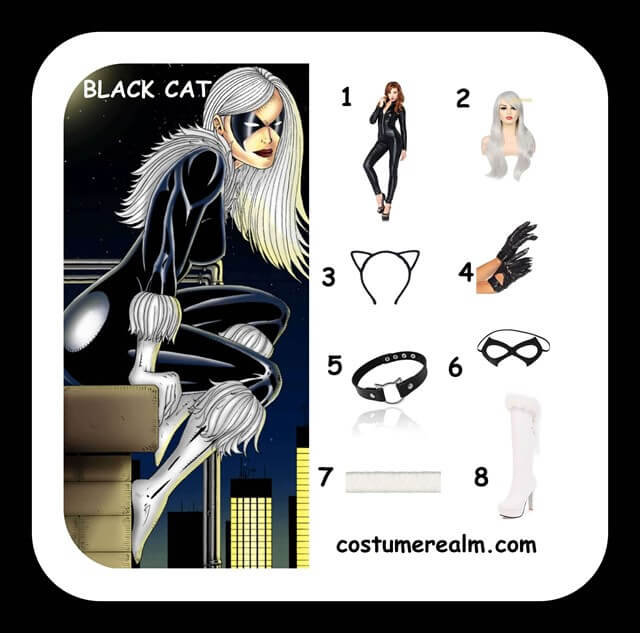 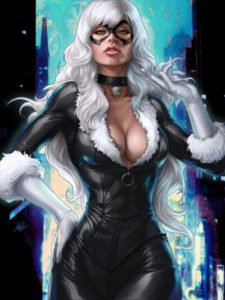 Felicia Hardy's father Walter Hardy was a world-famous cat burglar who, before being arrested, encouraged her never to settle for the second best. If she loved basketball, she should work to become a basketball player and not just a cheerleader.

During her first year of college, she went to a party and was almost raped by a drunk student in a bathroom when she was rescued by another student named Ryan. Felicia and Ryan became close friends and spent most of the time together until Ryan one night demanded that it was time for their relationship to become physical. Felicia's protests were in vain. She hated the idea of ​​being a victim and decided to murder her rapist despite the consequences. She gave up her studies and began training in various fighting styles and acrobatics. After months of preparation, she made her way to revenge, but before she could find him, Ryan was killed in a drunken traffic accident.

Angry that she was denied the chance to steal the life of the man who had stolen her life and felt ruthless, Hardy decided to use her new skills to follow in her father's footsteps. After Felicia was arrested, Black Fox, her father's mentor, released her from prison. He took Felicia as his new student. After Felicia had piled a fortune on stolen items, she decided on a costume identity. She first put on the black cat's costume to release her father from prison. The same night she met Spider-Man. Despite her aversion to men, Felicia felt a kinship with this lonely heroine. Spider-Man was the first man she could trust and love.

Felicia looked for a way to earn his trust and continued with the black cat persona as a misguided attempt to arouse his affection. However, she was still smart enough to pretend mental instability when she was captured and to make sure she was in a less secure facility. When released, Felicia initially agreed to go straight to Spider-Man, and the web slinger even let Captain DeWolff's friend start creating amnesty papers. However, the Black Cat decided on one last big point and tried to get Spider-Man to join her criminal life. He tried to catch her again, but Felicia seemed to plunge instead of going back to prison. Ironically, Captain DeWolff arrived shortly afterwards with the now unusable amnesty papers