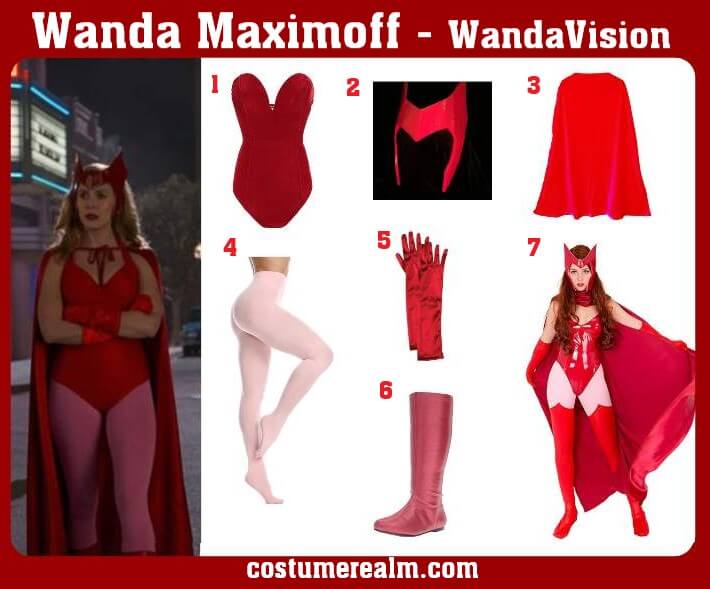 You need the following items for your Wanda Maximoff Halloween costume:

WandaVision is one of the best Halloween costume idea for families. Along with Agatha, get your family to dress up as Agatha, Vision, Pietro, and Billy to kick the Halloween party as the cutest family. 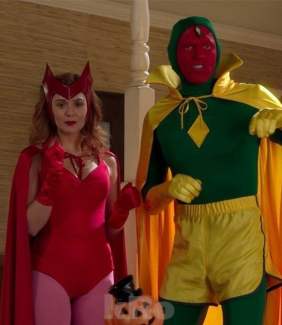 Wanda Maximoff Costume: To dress like Wanda ( Elizabeth Olsen) from the Halloween special episode of WandaVision, you will need a red bodysuit, a red hero cape, pink pantyhose, red gloves, and red boots, to complete your Wanda Maximoff Halloween costume don't forget to get Wanda's headpiece. 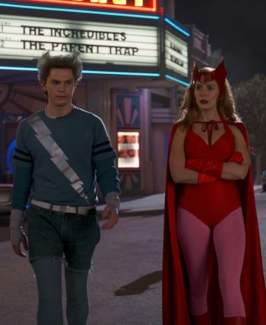 Wanda Maximoff had developed a very aggressive personality due to the childhood trauma of seeing her parents killed right before her eyes and the constant warlike condition of her house. From protests to volunteering for Wolfgang von Strucker's experiments with the Avengers, Maximoff has shown that she prefers to fight directly for what she believes in. Her passionate nature and willingness to use force to achieve her goals led her to a deceptive page that Ultron had a profound influence on much of her future actions.

Fueled in part by her hatred of the United States and Tony Stark, her passion was strong enough to work for what she believed was the common good with a clearly murderous robot. She was therefore unfazed when Ultron killed von Strucker and was ready to send Hulk on a rampage in Johannesburg that cost both soldiers and civilians their lives. Fortunately, she wasn't blinded by passion and could be reasonable. Apparently appalled by the extent of the destruction Ultron was trying to achieve, she immediately sided with the Avengers to remedy the situation. After meeting the Avengers, she has since sparked every resentment or hatred she previously had against the team and the United States.

Because of her previous affiliation with Ultron and her role in the destruction of Sokovia, Maximoff was afraid of making mistakes and was often plagued with guilt and remorse. Her self-doubt and guilt for the mistakes she made have sometimes led her to inaction, even though she is generally action-oriented. Even so, Hawkeye was able to persuade her to act and reaffirm her desire to fight for what she believes is right, regardless of what others think of her.