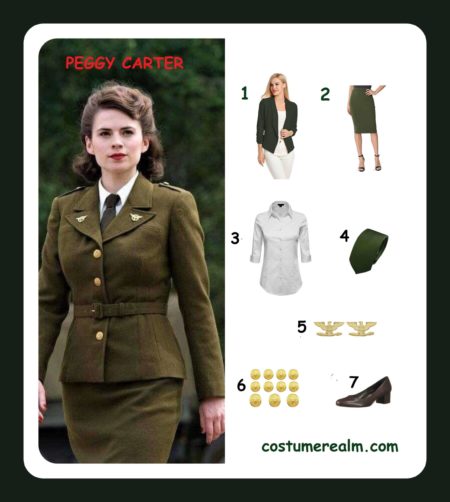 You need the following items for your Peggy Carter Halloween costume: 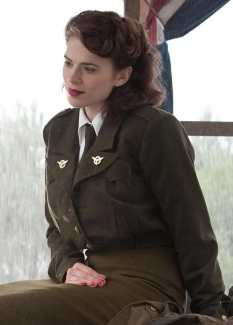 Peggy Carter's Military Suit:  Peggy wears a standard military parade uniform used during the WW2 era. It consists of a military green blazer and skirt with eagle pins on each side of the chest and gold buttons with an eagle badge. 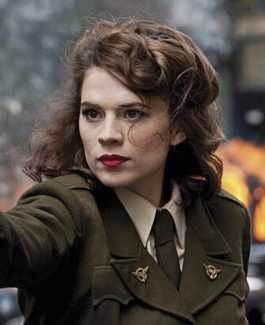 Peggy Carter was one of the best-known representatives of the Strategic Scientific Reserve during and after World War II and one of the founders of SHIELD. She originally worked as a code breaker in Bletchley Park and then moved to Brother Tod, the Special Operations Executive. Carter later joined the SSR, which was founded to combat HYDRA. On the mission in Germany, she saved Abraham Erskine from Johann Schmidt. The success of their mission allowed the SSR to start Project Rebirth and develop their Super Soldier Serum to form the Army of the Super Soldiers. During the project, she made friends with Steve Rogers, one of the project's candidates.

Peggy is tough and resilient and is strong when abused, no matter by men or women. She is sarcastic and can also get close to a few people like Steve Rogers, Howard Stark, Edwin Jarvis, and a few others. Though she believes in morality, she will lie if the situation so requires, including the time she hid her stake in Howard Stark from the SSR.

As a loyal soldier, Carter will do anything to get the job done and Howard Stark was almost shot from the sky when he put New York City at risk. Such victims hurt them; she doesn't enjoy it. Carter is a bit nonsensical and doesn't like to mess around during a mission or when there is anything left to do. She's pretty smart too and is always able to work her way out of a pinch in a jiffy. Although her number of dear friends is small, she greatly appreciates those she has.