You need the following items for your Ghost from Modern Warfare Halloween costume:

Get your friends together to cosplay as Ghost, Alex, Dmitry Bale, Farah Karim, Jacob Hendricks, Soap to assemble your task force. 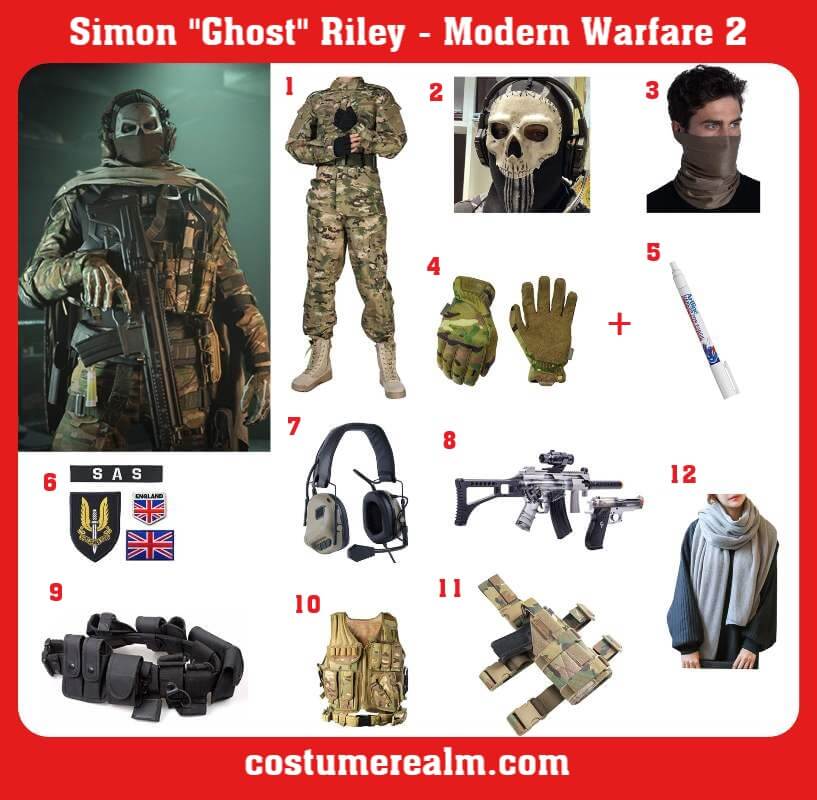 You will need the following items for your Modern Warfare 2 Ghost Halloween costume:

How To Dress Like Ghost From Call of Duty: Modern Warfare Ghost Costume: Ghost ( Simon Riley ) is a British Special Forces and Task Force 141 member. He is known for his iconic skull balaclava and sunglasses. To dress like Ghost from Call of Duty: Modern Warfare, you will need a military camo uniform, a tactical headset, a ghost balaclava, a brown scarf, and a black airsoft or toy rifle.

Ghost Accessories: To complete your Ghost Halloween costume, don't forget to get tactical gloves with skull pattern, tactical knee and elbow pads, a tactical fanny pack and a tactical vest.

Call Of Duty Other Costume Ideas