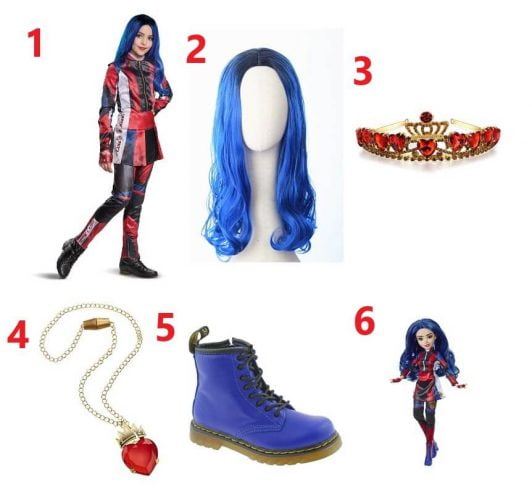 You need the following items for your Evie from Descendants 3 Halloween costume: 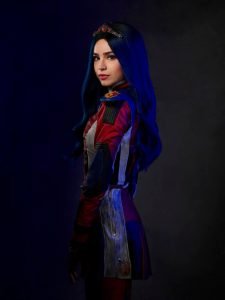 Evie is the sidekick in the Disney films Descendants and Descendants 2, and the main character of Descendants 3 is played by Sofia Carson. The daughter of the Queen of Evil and the founder of Evie's four hearts. 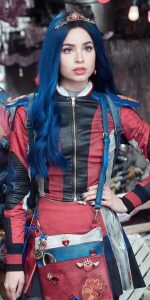 Physically, Evie is a beautiful and attractive young woman. In Isle of the Lost, Evie is described as dark blue hair, dark brown eyes and pink lips, all of which are most fair. In the film, Evie likes to wear her hair and wears it as a V-braid, just like in Isle of the Lost. Like the color of her hair, Evie often wears blue and black clothes. Her usual outfit is a ruby necklace in the shape of a heart, spider web leggings and  combat boots, and of course a dark blue cloak combined with a leather skirt printed with a crown. Her eyebrows are very well taken care of by her mother. She would never leave the house without his mother's appearance.