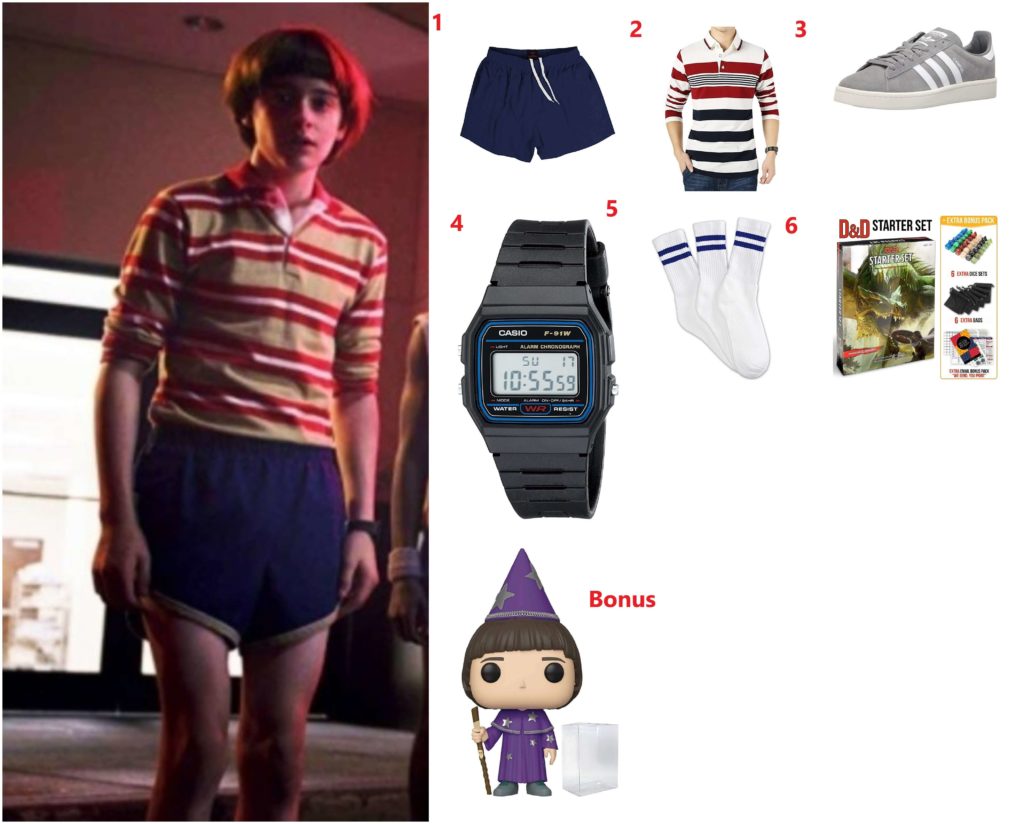 You need the following items for your Will Byers Halloween Costume:

On the night of November 6th, 1983, Will was abducted by the Demogorgon and taken into an alternate dimension dubbed the Upside Down. For a week, Will evaded the creature while his family and friends desperately searched for him. Although he was eventually rescued and returned to normal life, his time in the Upside Down left him with a mysterious connection to the alternate realm.

A year later, Will became possessed by the Mind Flayer, becoming a part of his hive mind. Through this connection, Will was able to understand the creature's motives and weaknesses. However, the Mind Flayer exploited Will's connection to use him to massacre the scientists at Hawkins National Laboratory. Finally, with the help of his mother and brother as well as Nancy, the monster's possession over Will was alleviated and he returned safe and sound.