You will need the following items for your Tommy Miller Halloween costume:

In HBO's The Last of Us, Tommy Miller plays a side character. He is Joel's younger brother and a survivor of the fungi pandemic.  Tommy and Joel were raised in Austin, Texas. When they were growing up, Joel was very protective of him. Tommy served in the United States Army during the Gulf War as a part of the 1st Armored Division, nicknamed "Old Ironsides," after reaching adulthood." He worked as a carpenter after leaving the military and ran various jobs with his brother, who ensured they were regularly working together.

Get the look of Tommy by dressing up in a pair of cowboy cut jeans, a white tank top, a burgundy long sleeve shirt.

Tommy's look is not complete unless you team up with his brother Joel. Get daughter to dress up as Ellie alongside Joel for the best father daughter Halloween costume ever. Or you can also get other members of your family for a group cosplay. Get them to dress up as Riley Abel, Sarah Miller, Tess, and ofcourse Ellie.

How To Dress Like Tommy From The Last of Us 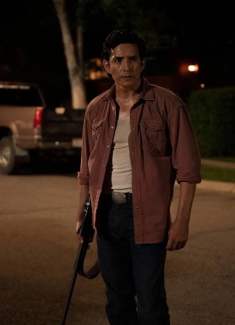 Tommy Miller Costume: Tommy appears to be in his late 20s or early 30s in 2003. He is a strong man with great firepower and driving skills. He submits Joel's decisions at hard times, even though he is protective about other people.
It is straightforward to dress like Tommy Miller. You probably have most of the items required for this cosplay, even if you don't have any of them in your wardrobe, just head to a local retail store and you will be ready in no time.

Tommy has a lot in common with Joel, both physically and in terms of strength and capabilities, but he also has a compassionate side. Tommy shares his brother's masculinity ( both physical and mentally) , however he also possesses a gentleness that Joel does not.  Like Joel, Tommy is quick to anger, but he's quicker to calm down because he's generally more sympathetic. He tries to stop to help a family during the outbreak, but Joel tells him not to. Tommy probably gives in because he thinks “big brother knows best.” When they got stuck in the city, he wanted to avoid running over civilians, but succumbed to Joel's desire to protect Sarah and did as his brother told him to.

The Last Of Us Other Costume Ideas