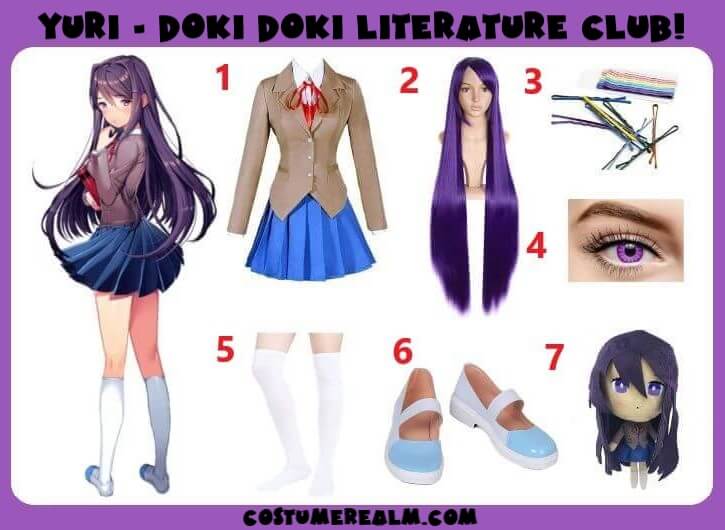 You need the following items for your Yuri cosplay costume: 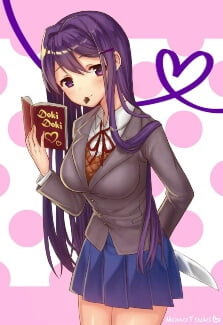 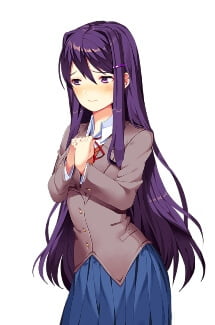 Yuri expresses maturity and sophistication. She has long, straight, dark purple hair and light purple eyes and wears purple hair clips on both sides of her head, which are positioned on long strands of hair near her bangs.
Her clothes are the normal warm gray blazer with a brown sweater vest over a white shirt with a collar, the collar of which is slightly unbuttoned and crowned with a red ribbon. She has a dark blue skirt, white knee socks and white Uwabaki slippers with sky blue tips. When the player works with Yuri, she wears a beige turtleneck with black leggings. The protagonist describes her movements because of her long legs as surprisingly elegant.

For most of the game, Yuri is portrayed as shy, generous, polite, apologetic, very intelligent, mature, eloquent, and passionate about topics she is interested in, although she is also very insecure, clumsy, and willing, condescending, and willing to act is easy to patronize to hide their self-doubts.

However, her facade of passivity and prudence occasionally breaks when Yuri passionately and aggressively argues with Natsuki about her different opinions on writing styles. Yuri has a deep desire to be liked by others and is afraid to express her opinion on matters because she believes this makes her seem unlikely.

She can be innocently insensitive due to her social inability, but as soon as she realizes that what she said can be considered rude, she apologizes almost immediately and repeatedly says that she didn't mean it. As the protagonist notes, Yuri likes to think before saying anything.