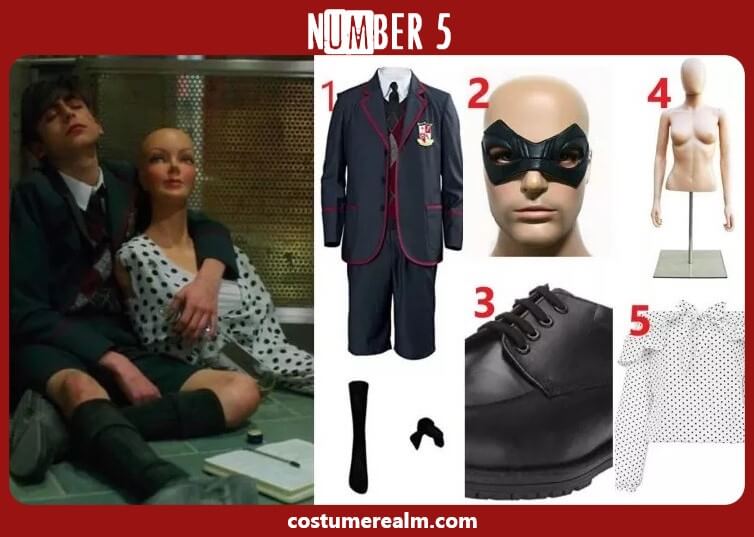 You need the following items for your Number 5 from Umbrella Academy Halloween costume:

From The UK? See all the above items directly on Amazon UK or See all our costume guides on Amazon UK.

At age 13, Number 5 became trapped in the apocalyptic future for more than 60 years. When he found a way back, his body regressed to that of 13 year old, while his mind stayed the same. As a result, he has the personality of a 60 year old, frustrated at being trapped in the body of a child. He is shown to have a genius intellect, often dismissing others as stupid, and uninterested in their personal affairs, including his family. He is shown to be incredibly prideful. Regardless, given the fact about his intellect, he knows best. 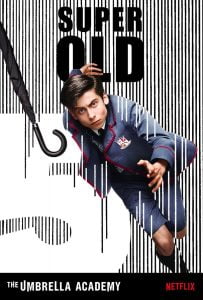 Dress like Number 5; Number 5 costume consists of The Umbrella Academy school uniform, the umbrella academy mask, and black oxford shoes, to complete your Number 5 costume don't forget to get a mannequin (Dolores)