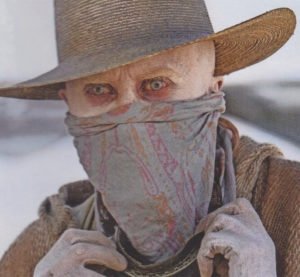 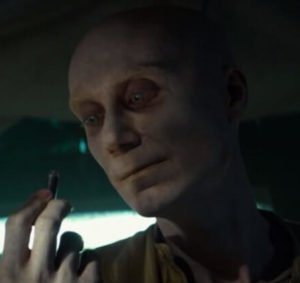 Caliban is extremely greedy and only interested in money, as he showed when he pulled a gun on En Sabah Nur when he said he had no money. He was ready to betray all mutants at the right price to transigents in his apparent past.

By 2029, Caliban had a drastic change in his personality. He became much more humble and caring and became one of Logan's few close friends to help him care for a mentally dying Xavier and help Logan with his own demons. In the end, he proved very selfless when he committed suicide to save Logan from X-24.

During the 2020s, Caliban worked as a tracker for the Transigen project, helping them track down the few remaining mutants. Finally he saw the horror in his actions and went and hid himself like the mutants he helped to hunt.
At some point after leaving Transigen, Caliban is recruited by Logan to look after the sick Charles Xavier in exchange for shelter and shelter in Mexico. He is often at risk for taking care of Xavier, and he is the victim of Xavier's frequent seizures, which freeze him and almost suffocate him to death. When Laura Kinney is accidentally returned to her shelter and Donald Pierce is crushed by her, Calan is ordered by Logan to unload Pierce from the shelter. Before he can do this, Pierce holds Caliban at gunpoint and is captured by the Reavers.