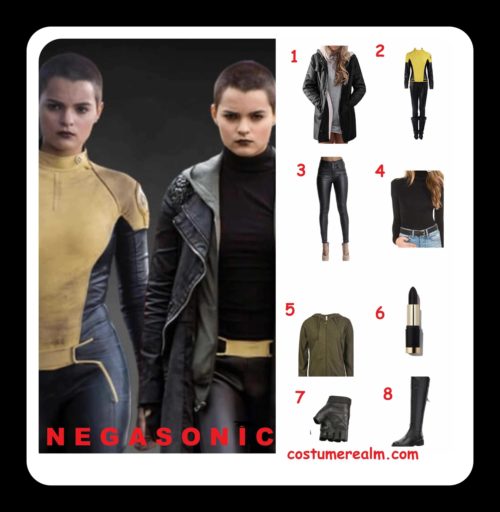 You need the following items for your Negasonic Teenage Warhead Halloween costume:

How To Dress Like Negasonic Teenage Warhead From Deadpool 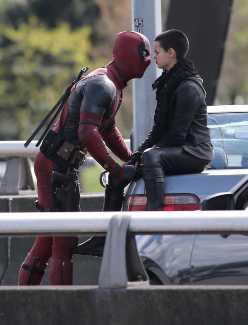 Negasonic Teenage Warhead is a mutant and a member of the X-Men who was formerly under the direction of Colossus. She has the mutated ability to detonate atomic explosions from her body.

Negasonic is portrayed as a calm, snappy, sarcastic, unmotivated, antisocial, but happy and patient teenager. While Deadpool seems to expect her to be a stereotypical scared teenager, which she doesn't deny, it turns out that she has a true heroic personality.

Negasonic can also be a bit rude as she's not afraid to offend people she doesn't like, especially Deadpool, as she calls him "Douchepool" when she wanted to tell him that Ajax escaped and was "old" because he was referring to Alien 3, she would even take a moment to post a Twitter post on her phone right at the start of a fight. Though he's a bit moody at first, Negasonic is entertained by Deadpool's feeble attempts to hurt Colossus and not cook when he does. She's finally warming up and calling Deadpool "cool" after defeating Ajax and successfully rescuing Vanessa Carlysle. Negasonic can also be very decisive in combat without hesitation by attacking Angel Dust and giving Deadpool the opportunity to reach Ajax and save Colossus in time.

Negasonic appears to have a close relationship with her mentor Colossus. Although she doesn't seem to like a gentle, hardworking, and serious demeanor, Negasonic doesn't undermine him or argue against him. Further evidence of their close relationship is that Negasonic almost risked herself to save Colossus when she goes down with all her might to save him, despite the risk of being killed by collateral damage.