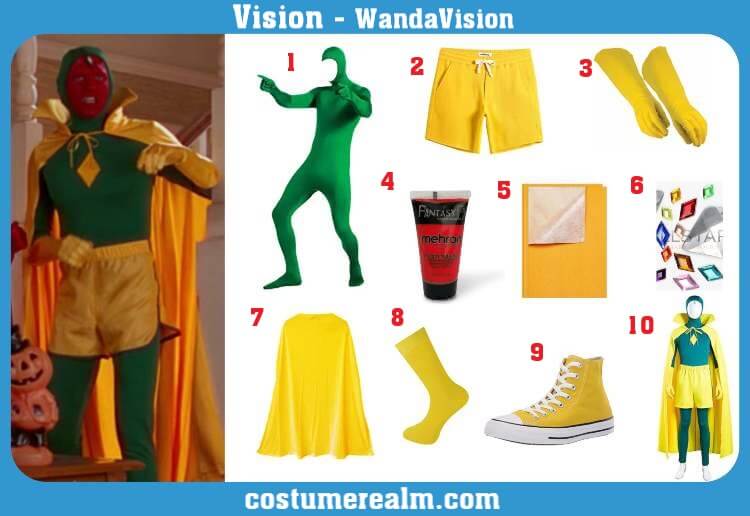 You need the following items for your Vision from WandaVision Halloween costume:

WandaVision is one of the best Halloween costume idea for families. Along with Agatha, get your family to dress up as Wanda, Agatha, Pietro, and Billy to kick the Halloween party as the cutest family. 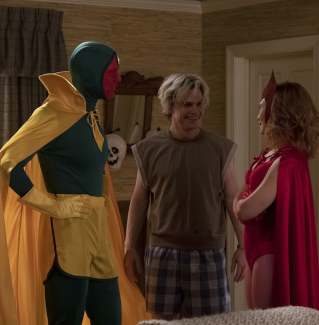 Vision's Halloween Costume: Even though Vision claimed he was dressed as a Mexican wrestler in the Halloween special episode of WandaVision, we know that he was dressed as Vision from Marvel Comics. His costume consists of a green bodysuit, and except the bodysuit everything he wears is yellow; a superhero cape, gloves, shorts, socks, and a pair of high-top cover sneakers.

Vision's Makeup: To complete your Vision Halloween look you need to paint your face in red and stick a yellow diamond shape item on your forehead. 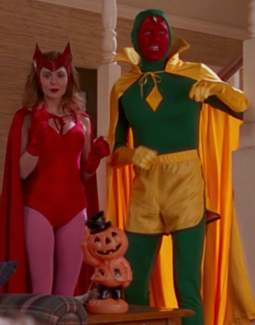 Wanda is still grieving over vision and decides to use the thought stone that lives within her to recreate Vision and also creates a world where the two live as a married couple with two twin boys in a suburban sitcom-like world. This world was created by trapping everyone in a town called Westview in a magical energy field that surrounds the area, maintaining the illusion of the sitcom, and forcing people in it to live the fantasy with Wanda if and when someone she mentions anything in the reality of the Marvel Cinematic Universe, she throws them out.

Vision still has much of the personality of his original self, just slightly altered to better fit the sitcom aesthetic of Wanda Maximoff's "sitcom world". Usually, he is polite and calm to everyone, although he often got nervous when he was in danger of being exposed as a synthezoid. As a result of his existence as a duplicate of the vision, he has no memories of the life of his original self. When he confronted Maximoff about the fact that she was holding an entire city hostage, he was not calm, yelling and yelling at her. Due to his non-human existence, he struggles to behave normally and is often awkward around others. While this version of Vision cannot recall his past outside of the anomaly as well as his time as Avenger, he is still deeply compassionate and concerned for the well-being and safety of the people trapped in the anomaly, and goes so far that she is breaking out of the curse to find help that is causing him tremendous pain, his body has been torn apart and would have killed him quickly. However, when the truth is finally revealed to him, he still stands by Wanda and forgives her.