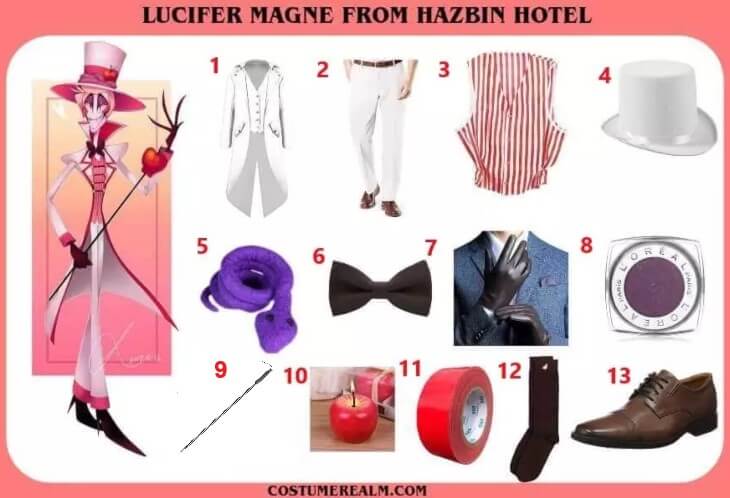 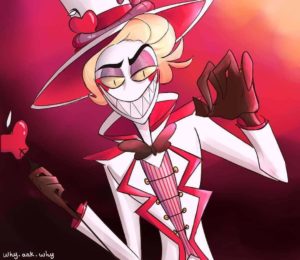 Lucifer Magne is the king and ruler of Hell, the husband of Lilith Magne and the father of Charlotte Magne.
Aside from his position as ruler of hell and husband of Lilith and father of Charlie, little is known about Lucifer. However, the show's creative team described him as "goofy" and somewhat similar to Willy Wonka. He should also have a great love for music and be a talented musician himself.

Although he plays no role in the pilot, Lucifer is often mentioned and implied. Similar shadowy figures appear in the opening song "I'm Always Chasing Rainbows". During the verse "Why was I always a failure?" His shadow materializes behind Charlie and may symbolize disappointment with his daughter. Later, during the fireworks, four demons are seen looking out of a window. One of them is a red-eyed, silhouetted figure wearing a big hat and holding a distinctive stick. Characteristics that strongly indicate that it is Lucifer.

His face can later be seen in several background images of the Happy Hotel, especially in a family portrait that caught Alastor's attention.