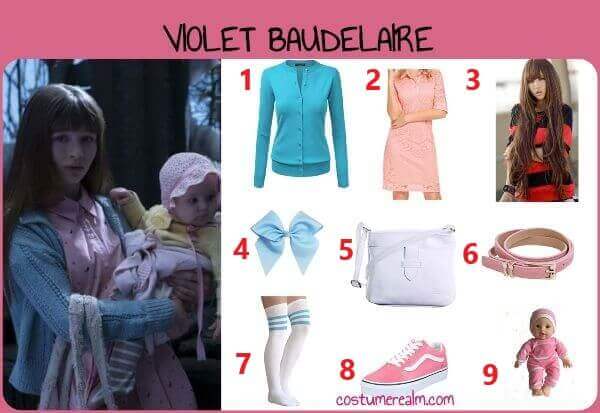 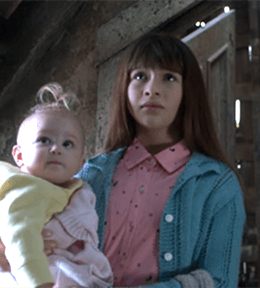 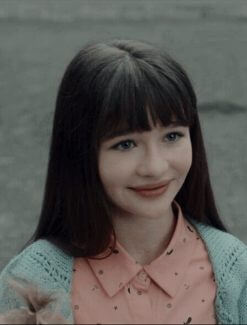 Violet is an intelligent inventor whose minds and abilities have saved her and her siblings countless times from death. Anyone who knew Violet well could see that she was thinking because her long hair was tied into a ribbon to keep it out of her eyes. Violet had a real talent for inventing and building strange devices, so her brain was often filled with images of pulleys, levers, and gears, and she never wanted to be distracted by something as trivial as her hair so that she could keep focus .

Violet is possibly the greatest inventor of her time. Before her parents died, she liked to visit the Verne Invention Museum and its numerous exhibits, including one of the mechanical demonstrations that inspired her to be an inventor when she was only two years old. When Violet was five years old, she won her first invention contest with an automatic rolling pin that she made with a window pane and six pairs of roller skates. The judge praised Violet and said that she could invent everything with both hands behind her back. When Violet was about ten years old, she invented a new kind of sharpener. Violet built a phone from scratch. Violet also invented a device to relieve her sister's teething problems. Her favorite inventor is Nikola Tesla.

Although Violet is incredibly intelligent, there are many things that Violet does not know, especially things that modern 14- to 15-year-olds would know, so Klaus would have to guide them through what she didn't know because of his passion for reading. This is not Violet's fault and is simply because the series is taking place at a time when access to information is more restricted. For example, Violet in The Wide Window doesn't know what leeches are, probably due to the assumption that there was no need to read about them. Klaus later mentions that Josephine's farewell letter is "something funny", but Violet misinterprets it as "humorous" instead of "strange" and tries to point out Klaus' reference to a secret message in the letter. Despite such events, Violet was still determined to learn about the world and is ready to admit if she doesn't know much about something.