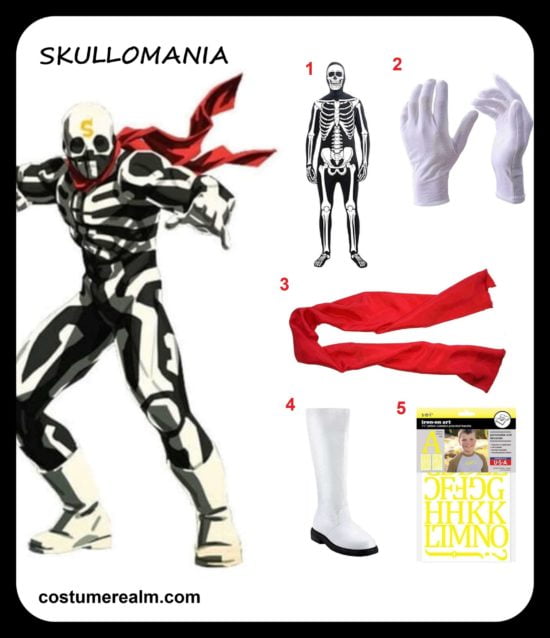 You need the following items for your Skullomania from Street Fighter Halloween costume: 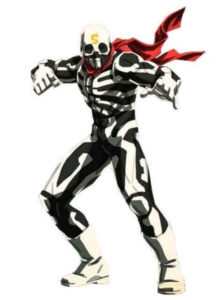 Skullomania Costume: In Street Fighter EX the Skullomania's costume is simply a black bodysuit with a white printed skeleton motif.

Skullomania Accessories: To complete your Skullomania Halloween costume don't forget a red scarf, white boots, white gloves, and a yellow "S" letter to stick on the forehead of the bodysuit. 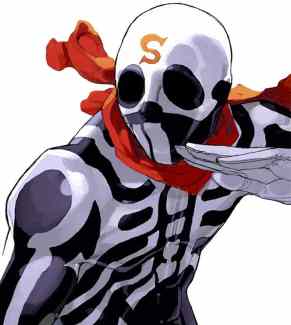 Skullomania's real name is Saburo Nishikoyama. He is a character from the Street Fighter EX series who first appeared in the original Street Fighter EX. He is a third-rate businessman who takes on a superhero identity by donning a full-body skeleton suit.

Like his normal self, his gentle, overly simple behavior makes him inconspicuous. Once he dons his Skullomania personality, despite the macabre motif, he becomes a hero with a strong sense of justice. One thing that survives both persona phases is his somewhat warlike sense of humor and showboating.

In Street Fighter EX, Skullomania's costume is just a black bodysuit with a printed skeleton motif. The Skull Rider image was improved in Street Fighter EX2, where Skullomania's costume received a red scarf, gloves and boots, and a belt that was almost identical to Hayato Ichimonji's Typhoon belt Kamen Rider # 2. Both the belt and forehead of Skullo's masked bear have a stylized letter "S".

In his Shadaloo C.R.I. Profile art, his gloves, and boots are white, he no longer wears a belt or holster on his right thigh and the "S" on his mask is orange instead of red.