This costume guide is requested by one of our users. 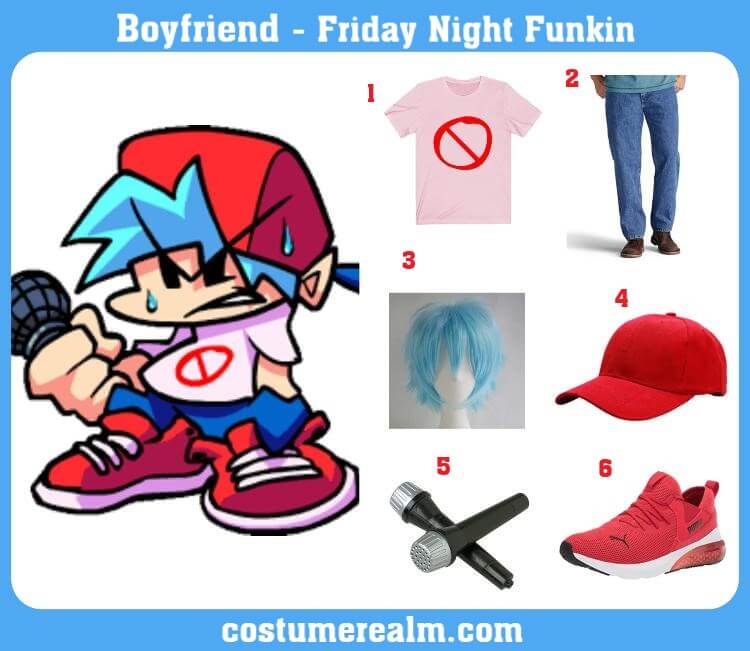 You need the following items for your Boyfriend from the Friday Night Funkin Halloween costume: 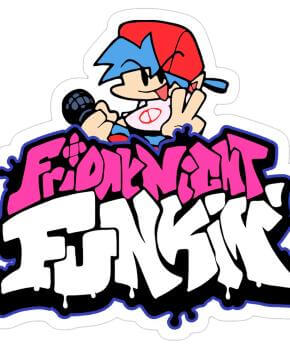 Boyfriend's Accessories: The boyfriend wears baggy blue jeans or pants, a red cap that he wears backward, and red sneakers with laces that match his t-shirt. To complete your Boyfriend Halloween costume don't forget a simple hand mic and a blue wig. 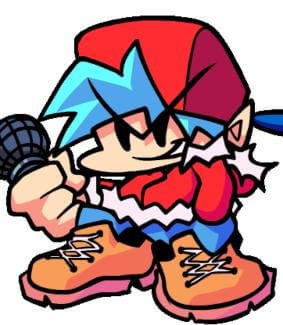 Boyfriend is one of the main characters of Friday Night Funkin. He's on a mission to meet his girlfriend but has to sing against her not-so-kind ex-rock star dad Daddy Dearest as well as the many other characters who stand in his way.

Boyfriend is portrayed as a young, overzealous rapper with a penchant for music, donuts, and his girlfriend. He loves to sing and show his skills, which leads to his confident and cocky character. He is very determined and persistent in achieving his goals and does not allow anyone to get in the way, even when threatened with death.

Boyfriend is a young, fair-skinned man with blue hair. He wears a pinkish white T-shirt with a red sign of prohibition, baggy blue jeans, red sneakers with laces that match his t-shirt, and a rear-facing red cap with a dark blue brim. He always has a microphone in his right hand while his left hand is in his pocket nearly all the time.