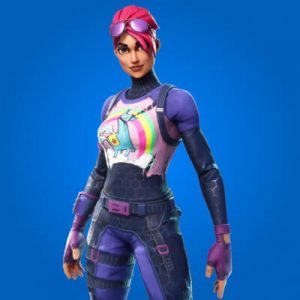 The Brite Bomber is a women-only outfit that has a tight blue jumpsuit with a white body and a unicorn pattern on the front. While using this outfit, the player has a bright pink hair with purple sunglasses. 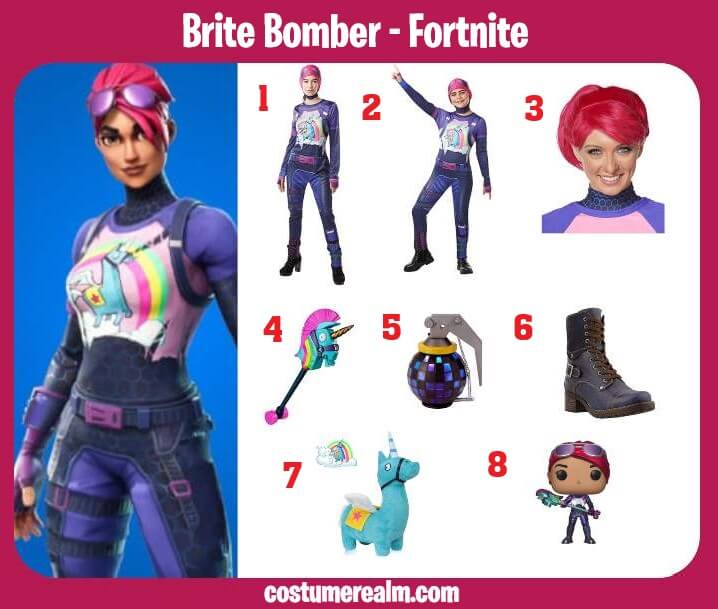 You need the following items for your Brite Bomber Halloween costume:

Brite Bomber is a 1,200 V-bucks rare skin. She is the female counterpart to Brite Gunner. These are some of her outfits.

Brite Bomber Pickaxe Rainbow Smash is a blue unicorn head with a rainbow mane on a stick.

The British Bomber's Glider, Rainbow Rider is a normal umbrella with rainbows, stars and much more. The edges of the glider are colorful crayons.

Trivia
Brite Bomber is a hugely popular skin in the Fortnite community.
The unicorn on Brite Bomber's shirt is the same thing that Yee-Haw rides except for the wings.
Brite Bomber has been shown in several loading screens, including the Adventures of Drift.