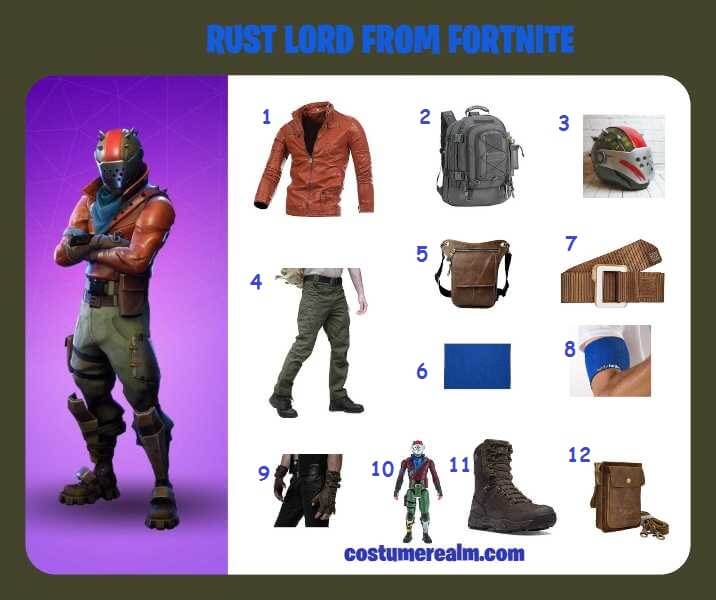 You need the following items for your Rust Lord Halloween costume: 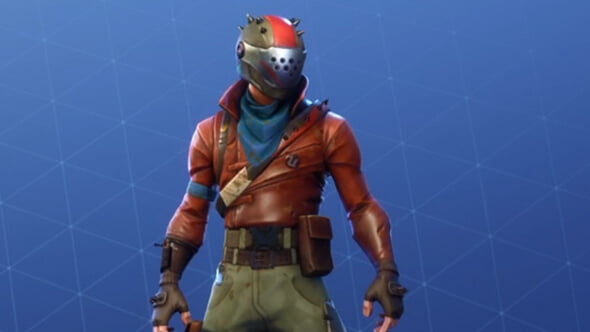 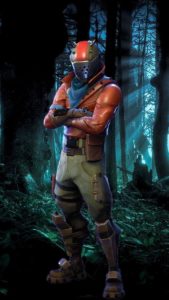 Rust Lord is an epic Fortnite outfit from the Storm Scavenger set. Rust Lord was available through the Battle Pass during season 3 and could be unlocked at level 23.

Rust Lord is one of the most notorious skins in the game! There was a bad reputation when many players ran around spamming the Take the L dance whenever they were eliminated or for any reason. It's been associated with bad players and trolls, so you'll rarely see one these days. It's actually quite a pretty skin, and it appears to be mostly from Star Lord's Guardians of the Galaxy Marvel range.