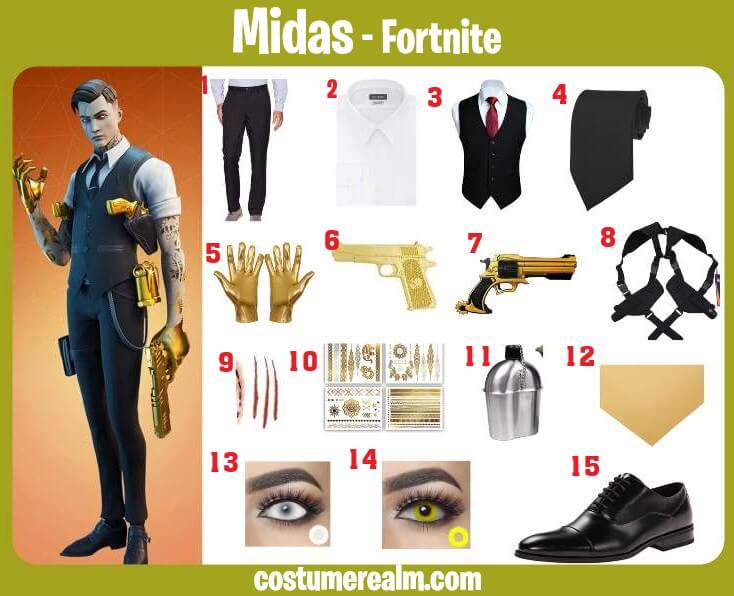 You need the following items for your Midas from Fortnite costume: 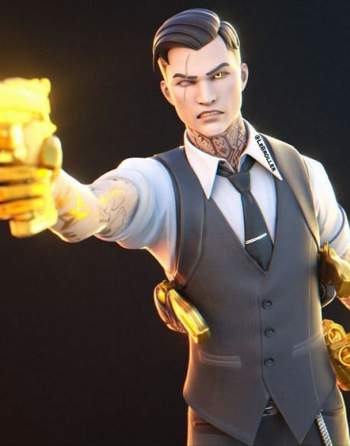 Midas Outfit: Midas is a legendary outfit in Fortnite. Midas is a stylish character. He wears black dress pants and a black dress vest with a white dress shirt.

Midas Eyes: One of his eyes is yellow (left) and other one is blind. You need contact lenses in order for your costume to be perfect. 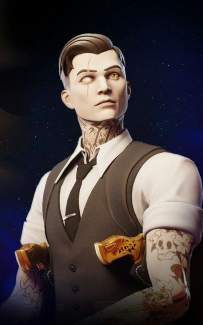 Midas is a legendary outfit in Battle Royale available as a level 100 reward for Season 2 Battle 2.
He is a noble mastermind with a suit similar to Rook, a blind right eye similar to Oro, and numerous tattoos with a gold coating to reveal his reactive gold note. All of these features are in contrast to the ancient Greek myth about King Midas, a greedy king who could turn anything he touched into gold. The greed for the golden touch overwhelmed him, however.

He was likely the leader of GHOST and E.G.O. and allegedly a team of double agents working for E.G.O. and older.

Midas was the head of the agency. He was heavily guarded by GHOST Henchmen and could be defeated. Like all bosses, he had his own unique drops: his drum cannon and the Agency Keycard - which could be used to unlock the safe. There was a loot well in the vault

After the Device Live event, Midas left his own organization to join SHADOW when he changed his looks after the event. It was his own loss to SHADOW. This could have been determined in advance and could only have indicated that the Agency would become the authority. Midas likely turned the agency over to Jules to convert it into SHADOW's new headquarters.

Another snapshot of Midas can be found this season, it's Oro, but at this point in history we didn't have any information about him.