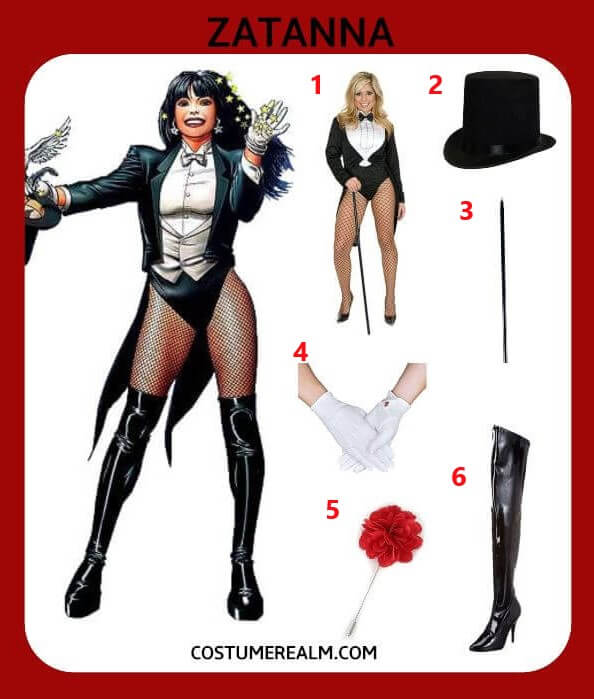 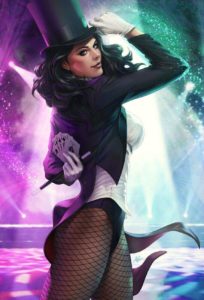 Dress Like Zatanna From DC Comics. Zatanna Zatara is the daughter of the magician Giovanni "John" Zatara and Sindella, a member of the mystical Homo Magi race. Zatanna was raised by her father in a small house in New York near the infamous Arkham Asylum. Zatanna's mother seemed to have died after she was born, but she finally learned that Sindella was feigning her death to return to her people. 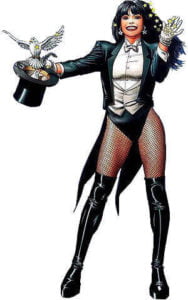 Zatanna comes directly from the artist and magician Leonardo da Vinci and is related to Nostradamus, Alessandro Cagliostro, the well-known alchemists Nicholas Flamel and Evan Fulcanelli and Lord Arion of Atlantis. Her cousin Zachary Zatara is also a magician.

As a member of the Justice League, Zatanna's first case was the secret behind her new costume and her mother's true identity. After Zatanna and her father learned that their amnesia and new costume were the result of their mother's attempt to connect with her, they followed Sindella to the ancient city of the hidden with the Justice League's support. There, Zatanna learned that her mother did not die in a car accident, but was kidnapped by her own people and brought back to the secret city because she needed her strength to help her civilization thrive. Unfortunately, their reunion was short-lived when Sindella sacrificed herself to save Zatanna from the same fate as her.

After an adequate funeral for her mother, Zatanna proved crucial to the Secret Society of Super-Villains' defeat when she exposed her plan to change identity with members of the Justice League by masquerading as Star Sapphire. After that, Zatanna teamed up with Superman to understand his susceptibility to magic, and later Zatanna teamed up with Batman to clarify the name of a faith healer. Finally, and to get out of her parents' shadows, Zatanna decided to change into a new costume again to bring this version closer to her own personality and identity.